But this slight update isn’t about that. Instead it’s about a problem we recently had with the system. Or rather the pump.

It’s an AlphaCool VPP655 pump, which is AlphaCool’s D5 Vario. And recall from previous that we tried for UV purple coolant. And I tried for it by adding drops of the PrimoChill UV Purple dye to the coolant in the system, letting it mix and come up to the color we wanted. Unbeknownst to me, though, the coolant wasn’t entirely mixing. And eventually the UV effect and color would be so diminished I’d… add more dye.

After a few months of doing that, this was the result: 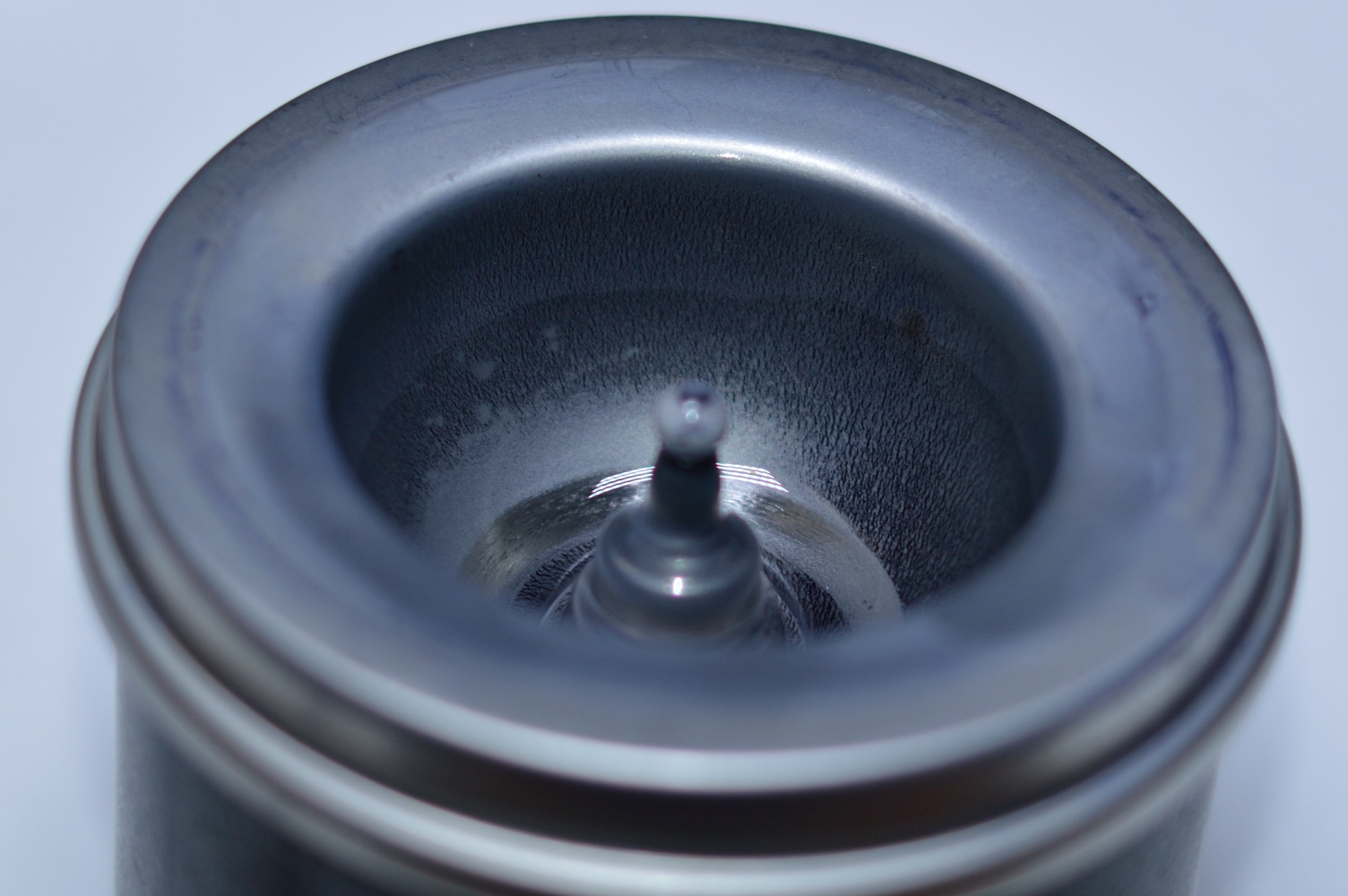 This buildup eventually caused the pump to start grinding. So I tore down the system and got the pump out of the housing and replaced it with a spare D5 pump. Then I rinsed the inside of the system with distilled water. Wasn’t concerned with getting it perfect, but I needed to get as much of the old stuff out as I could.

For the new coolant, I still went with PrimoChill Liquid Utopia with the UV Purple dye. The small bottle of Liquid Utopia is to be diluted into a gallon of distilled water. And an entire bottle of UV Purple dye is also perfect for… a gallon of distilled water. So I dumped the entire bottle of dye into the gallon jug of coolant and mixed it up. Shaking it periodically and letting it sit, rinse and repeat.

The result? A much, much more vibrant purple than I’d ever gotten. A much more vibrant UV effect as well. The purple color in the GPU block is still a little… duller than the rest of the loop, but that’s due to it being just an exposed copper plate.

But the color is also what my wife was initially hoping for. 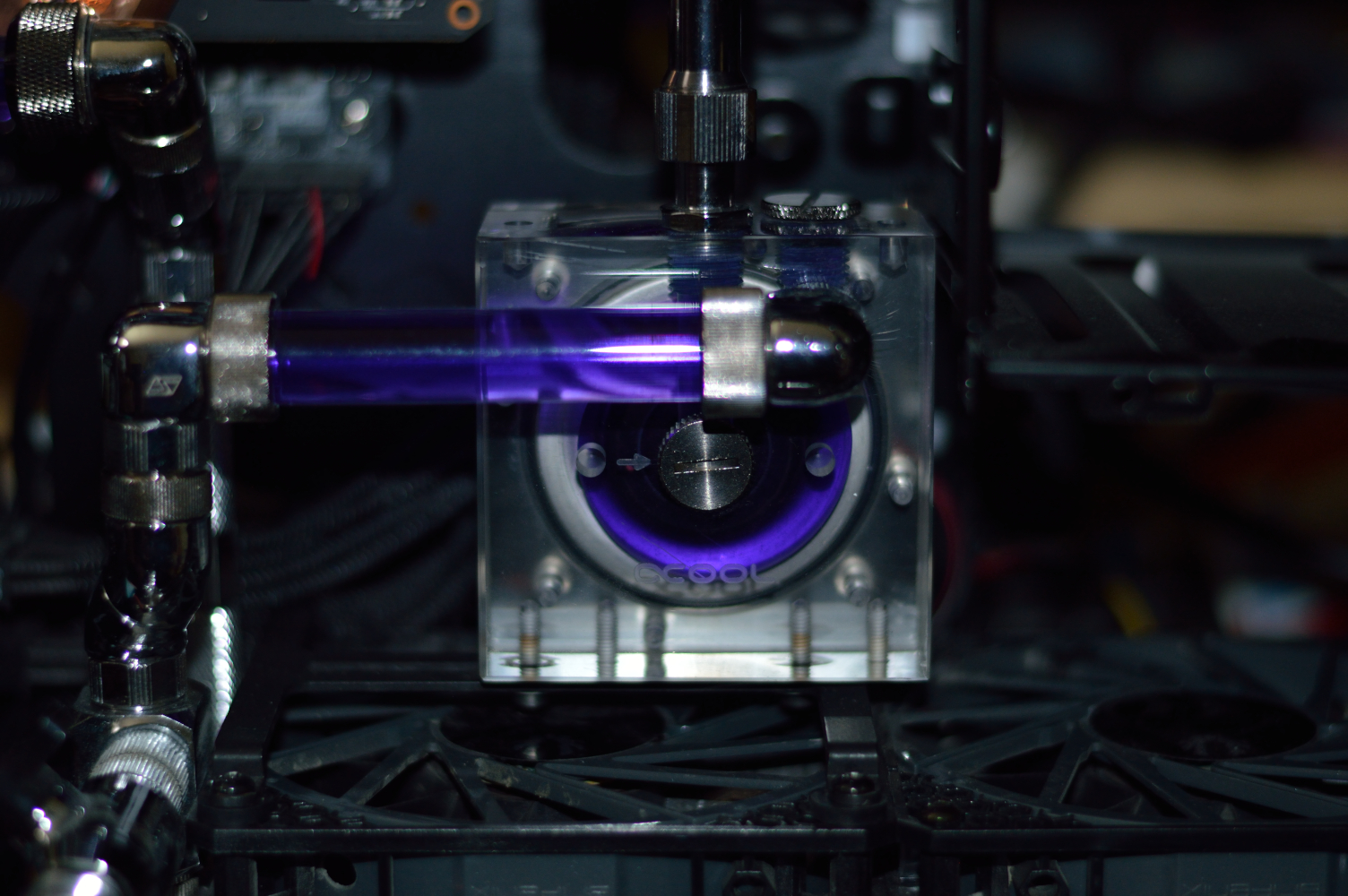 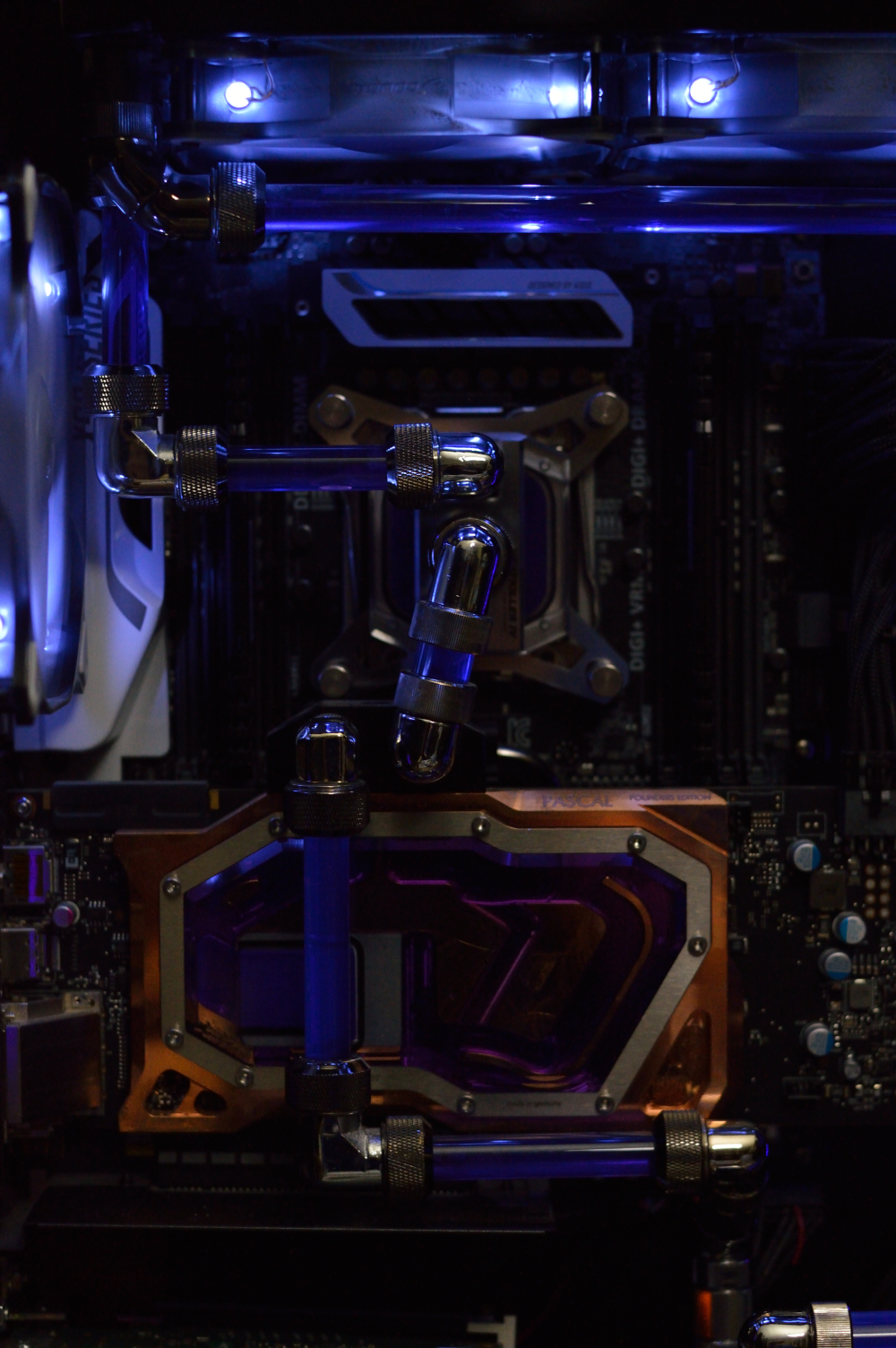