Recall in the previous article on this that I’d purchased touch-up paint, specifically Mopar Deep Amethyst Pearl, which was a paint used on Dodge Neons and some other cars for a brief period of time. Not long after the paint arrived, I also bought Rust-Oleum Self-Etching Primer and another aluminum panel, along with mineral spirits for “proper” surface preparation.

The touch-up paint is lacquer-based. This is only a color test. I won’t be using it for actually painting the 750D.

So since this is about a color test, how does the color look? 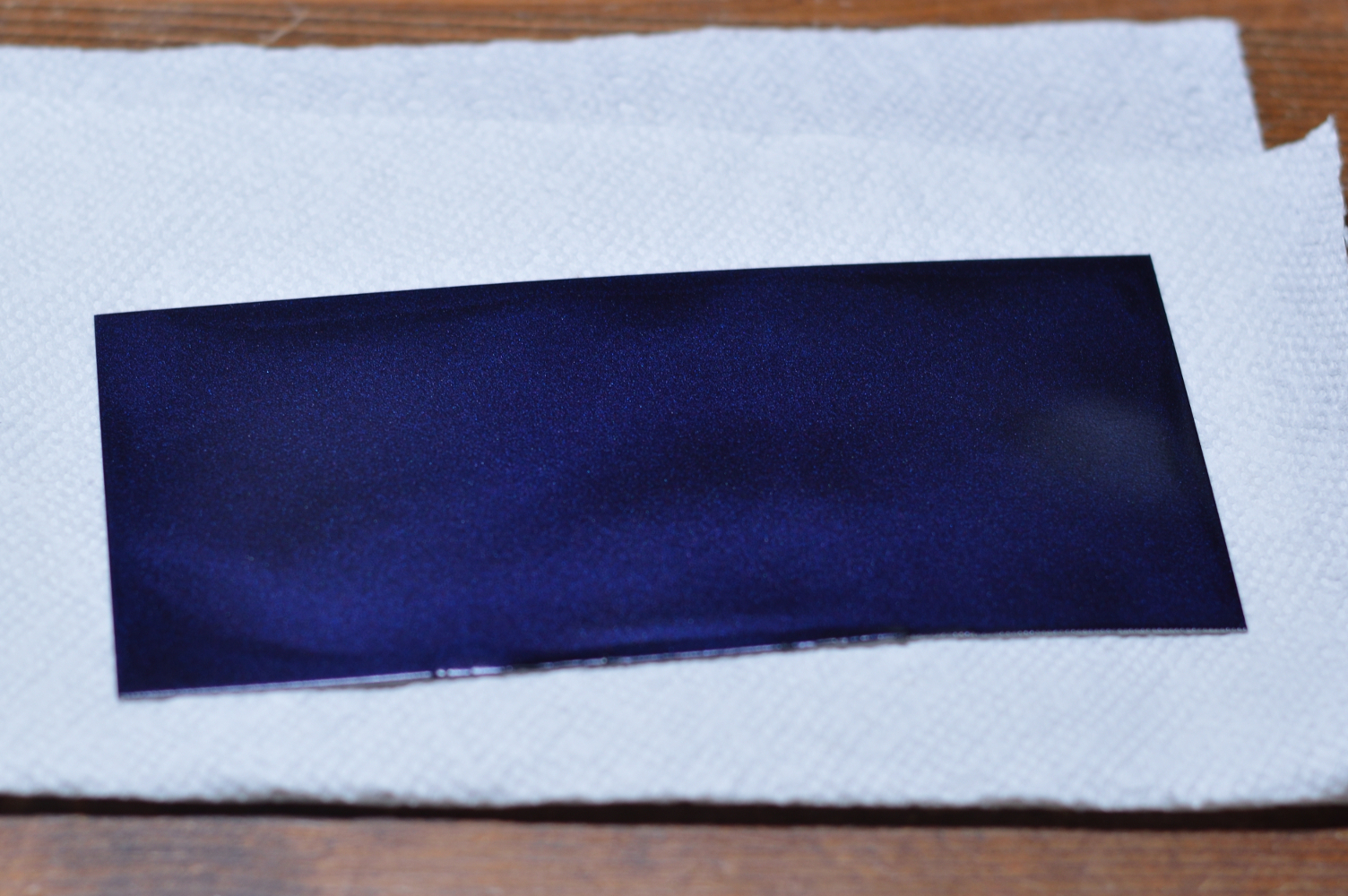 The shade of purple is about spot on to what I wanted – ignore the lighter areas as I was spraying onto this inside a small Amazon shipping box. The pearl, however, isn’t as prominent as I would like. So after I was sure the lacquer paint had (nearly) completely cured, overnight, I went over it with the Rust-Oleum Frosted Pearl clear coat. 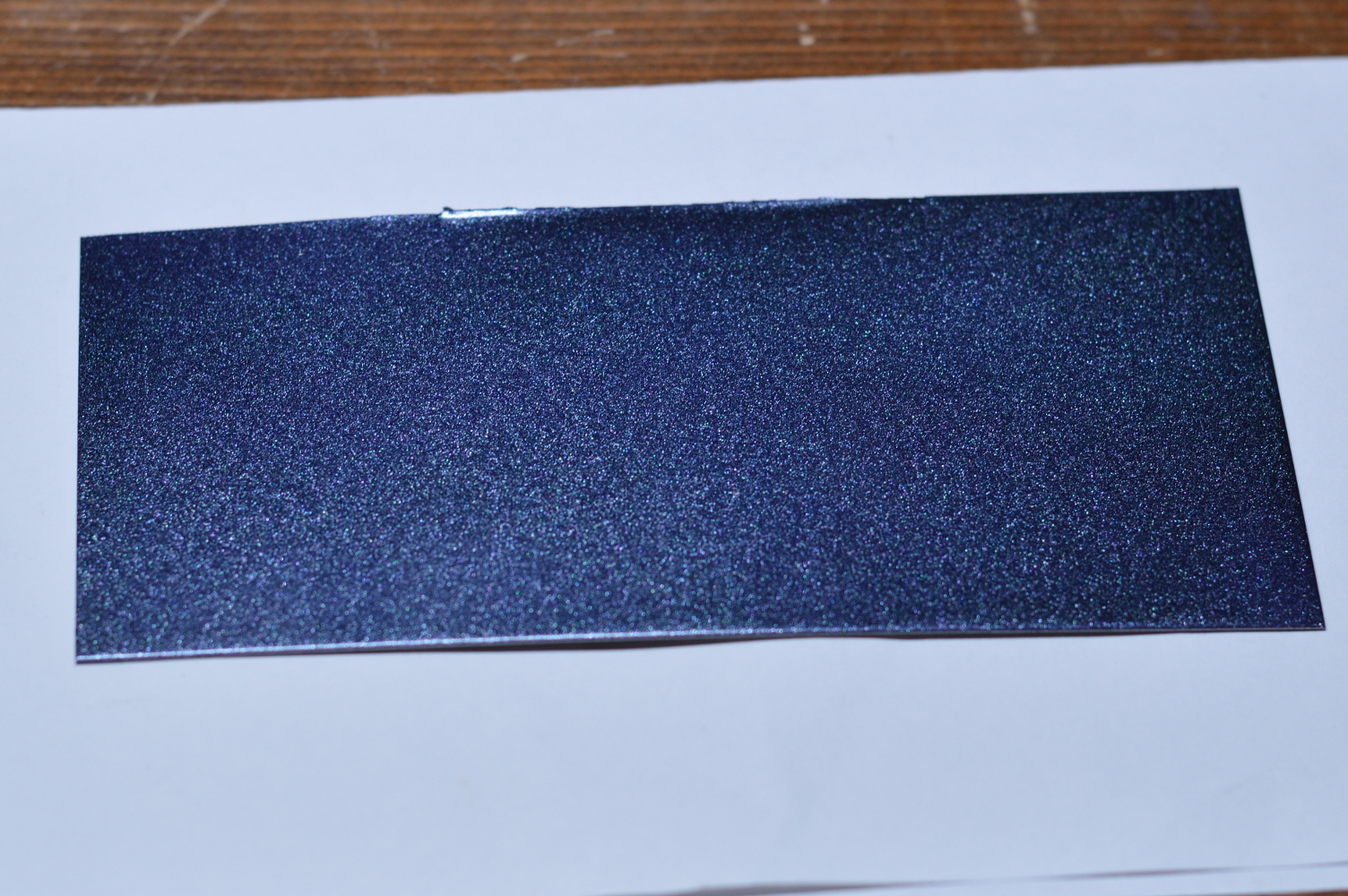 My wife wasn’t really fond of this outcome. And I can understand as the frosted color and pearl make it look a little… too pearly. But she thought it too dark. And part of that could be the fact the automotive self-etching primer I used is dark green – according to Rust-Oleum.

So redo with white primer? Not yet.

Yes, Krylon also has a clear coat, but I already had the Rust-Oleum can. The only issue is the Krylon paint is not a paint+primer, meaning I needed to use primer under it. So I went with Rust-Oleum again and the 2x White Primer. The 24-hour wait between primer and paint is the only downside given the temperature has not been as warm as previously. 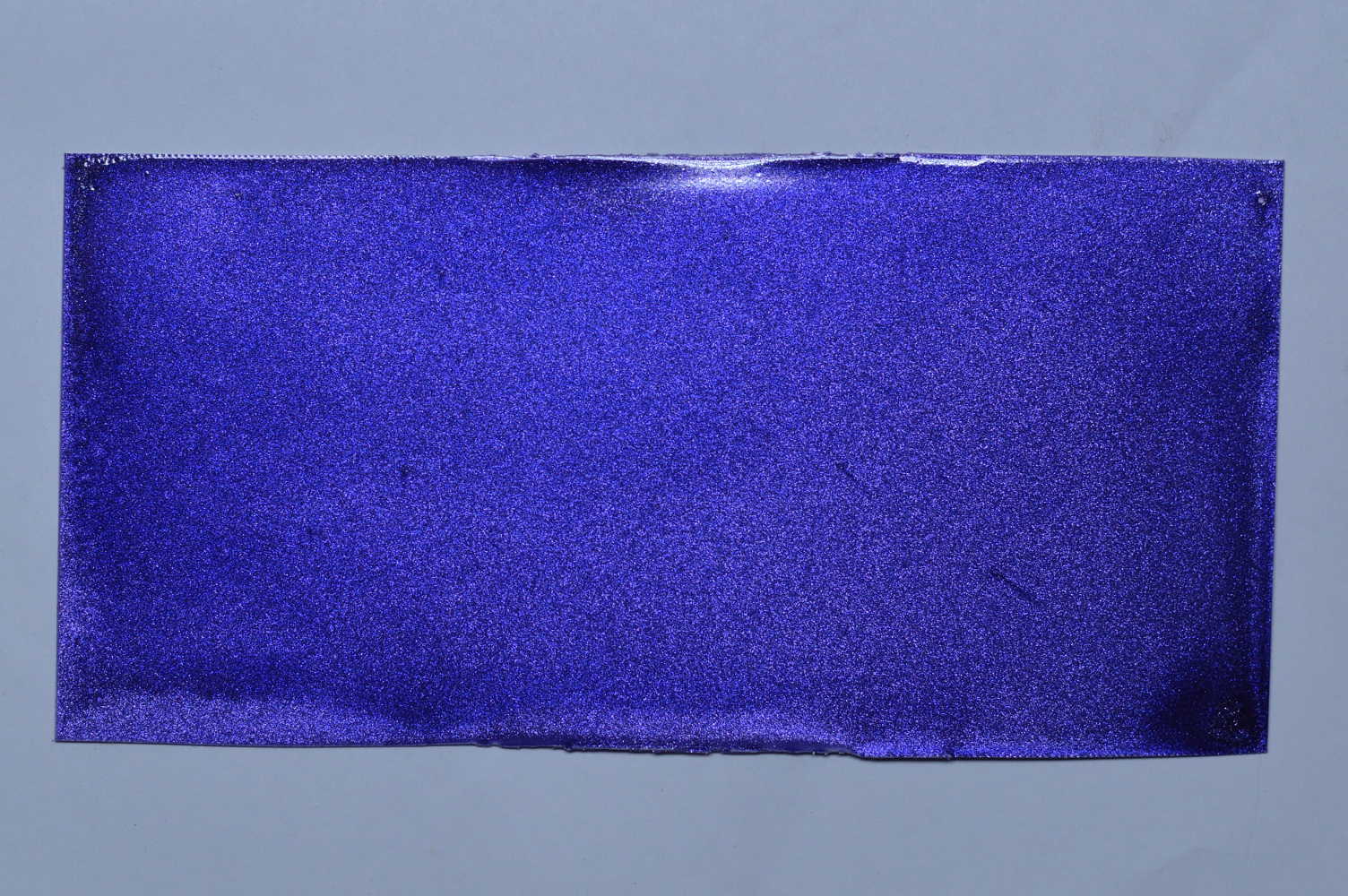 This met her approval. The color, not the quality of this test paint job.

So the question that you may be considering: why did I not do this in the first place? This particular Krylon paint is only available at craft stores in my area. Home Depot doesn’t carry Krylon in spray cans, only Rust-Oleum. And Lowe’s doesn’t have the Metallic Shimmer lineup. Wal-Mart carries both Rust-Oleum and Krylon, but I don’t recall seeing the Metallic Shimmer there, as of this article going live.

Michael’s is the only place in KC I could find this before considering ordering it in through Amazon. And I don’t exactly go to Michael’s much.

Though I would recommend checking out Wal-Mart first for spray cans since they have much lower prices compared to Lowe’s and Home Depot.

So now to convince my wife to be without her system for a week. And figure out what to do with the rest of the paint I’ve bought for the color testing. Perhaps custom paint several of the panels in my rack, or the rack frame?

I’m not painting the entire chassis purple either. Only the outer panels, though I will paint both the inside and outside of those panels. Perhaps excluding the front fascia – not sure yet. I might repaint it gloss black with the pearl clear coat. The inside of the chassis, motherboard tray, etc, will be white pearl – likely white paint with the frosted pearl. This mix should have it looking like white quartz and amethyst. And the white internal will blend well with her white mainboard.

This should also brighten the system quite a bit, especially with the white LEDs on the fans and adding additional white LED lighting to replace the UV cathodes.

And there’s also still the plan of replacing the tubing with copper tubing that is also painted to match the chassis. Though keeping the clear pump housing and reservoir.