For one, the pledge was written by a professed socialist and Christian minister who preached about the “evils of capitalism” from the pulpit. In other words, the kind of person the left would now readily embrace. Look up Francis Bellamy if you don’t believe me.

While you’re at it, find pictures or video of the original pledge salute, also called the “Bellamy salute“. You’ll find it looks rather… familiar. 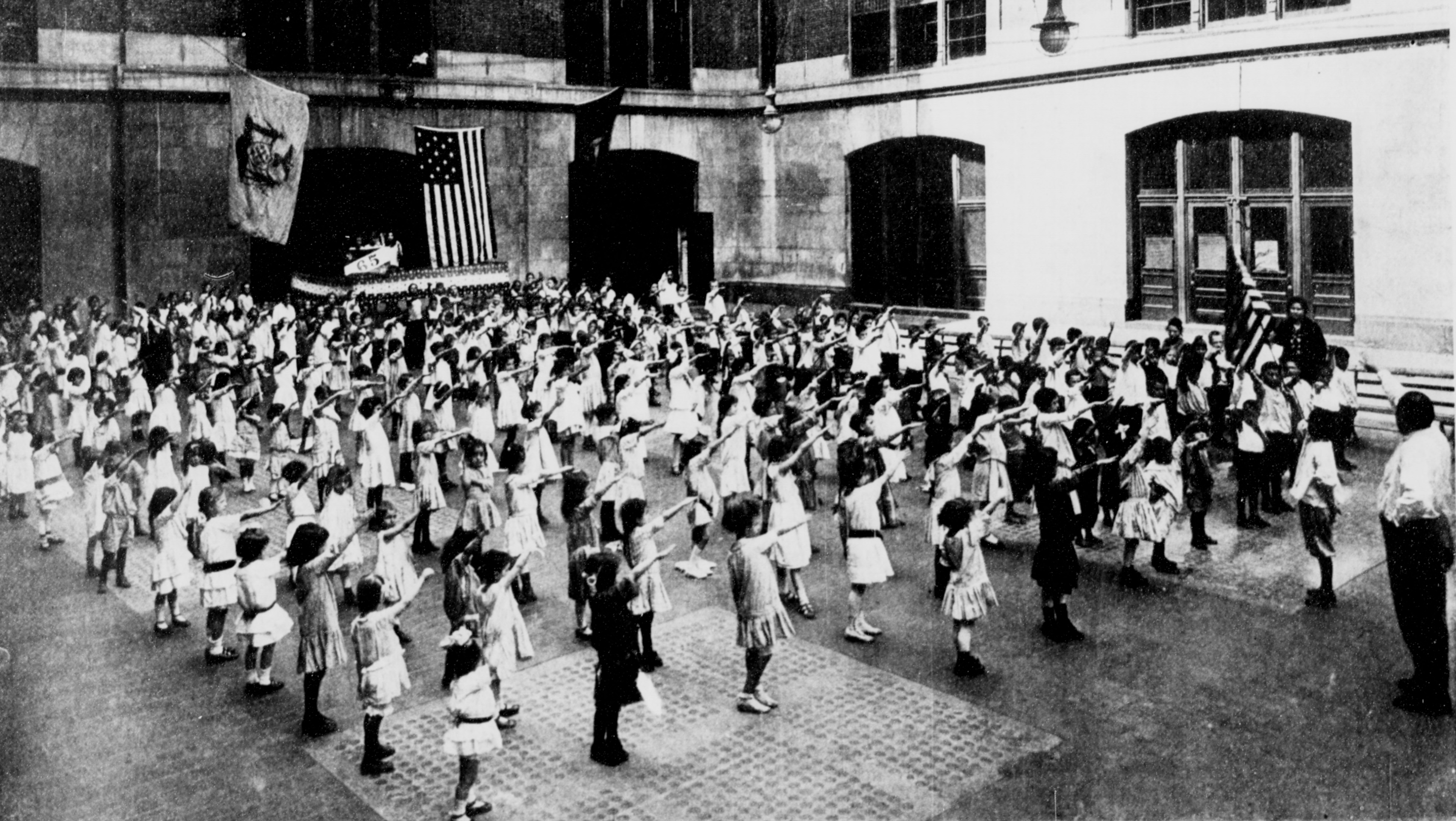 Plus Iowa’s attempt to require the pledge in public schools is going to fail. The Supreme Court has already ruled – in 1943 – that the First Amendment precludes any attempt by States to require students to recite it. The case to look for is West Virginia Board of Education v. Barnette, which overturned Minersville v. Gobitis, which initially upheld a law requiring the pledge to be recited – thankfully more logical heads ultimately prevailed.